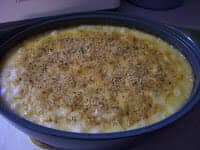 Sunday afternoon Grumpy told me he wanted something really good for dinner. My response was “I plan to make macaroni and cheese.” Well! His response??? “I said I wanted something really good.” GRRRRR. When I asked him what it was he wanted he said he wanted chicken wings. I told him – well it sounds to me you don’t want something good, you want something not good for you!! I let him have his way, we ordered hot wings and a chef salad for me. When he came home with the order, I went to get the salad – and there wasn’t one!! They had forgotten to give it to him. So, reluctantly, I took just 2 of the wings. YUCK. Now, don’t get me wrong. I love hot wings…..if they are made right! These were horrible. It was like they dumped a whole container of ground black pepper in the sauce. So, his “really good” dinner turned out to be really horrible. That’s when I got my revenge. I told him “I guess that my macaroni and cheese would have been a better meal!!”

So, last night we ended up eating out as we had shopping to do that we had been ignoring, but I firmly informed him that Tuesday evening you’re getting my macaroni and cheese whether you like it or not! When I got home from work I got straight busy and started my mac & cheese recipe. I use a recipe from my Better Homes and Gardens cookbook, but I don’t use the 1-1/2 cups of American cheese – instead, I use all 3 cups of cheese and make mine sharp cheddar! The recipe is as follows: 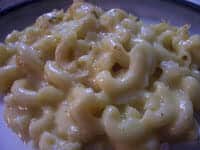 Preheat oven to 350 degrees. Cook macaroni according to package directions, drain, set aside. Saute onion in butter until onions are softened. Whisk in flour and cook until bubbly. Slowly whisk in milk and continue to stir until mixture begins to thicken. Add cheese and stir until melted. Stir in cooked macaroni and transfer to baking dish. Sprinkle bread crumbs over top. Bake in the oven for 25 minutes or until bubbly and top begins to brown. 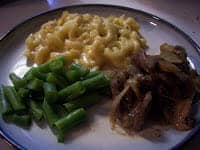 I told Grumpy when I was fixing dinner and he was again complaining about mac & cheese that I was also sauteing venison with mushrooms and onions and making green beans to go with it so he wouldn’t STARVE (likely chance of that actually happening!). I then asked him yet again what he had against my macaroni and cheese. It was then he told me the horrid thing I thought I would probably hear him say. “It’s not creamy like I like it,” he said. SO, my grumpy is an admitted Velveeta man. Oh, nothing wrong with that…but me, I like real cheese…hey, I grew up on a farm! Oh well, he ate it anyway and as far as I’m concerned…..HE LIKED IT. lol

I guess I’ll take the leftovers to my friend Rhonda at work. SHE appreciates my cooking :-p 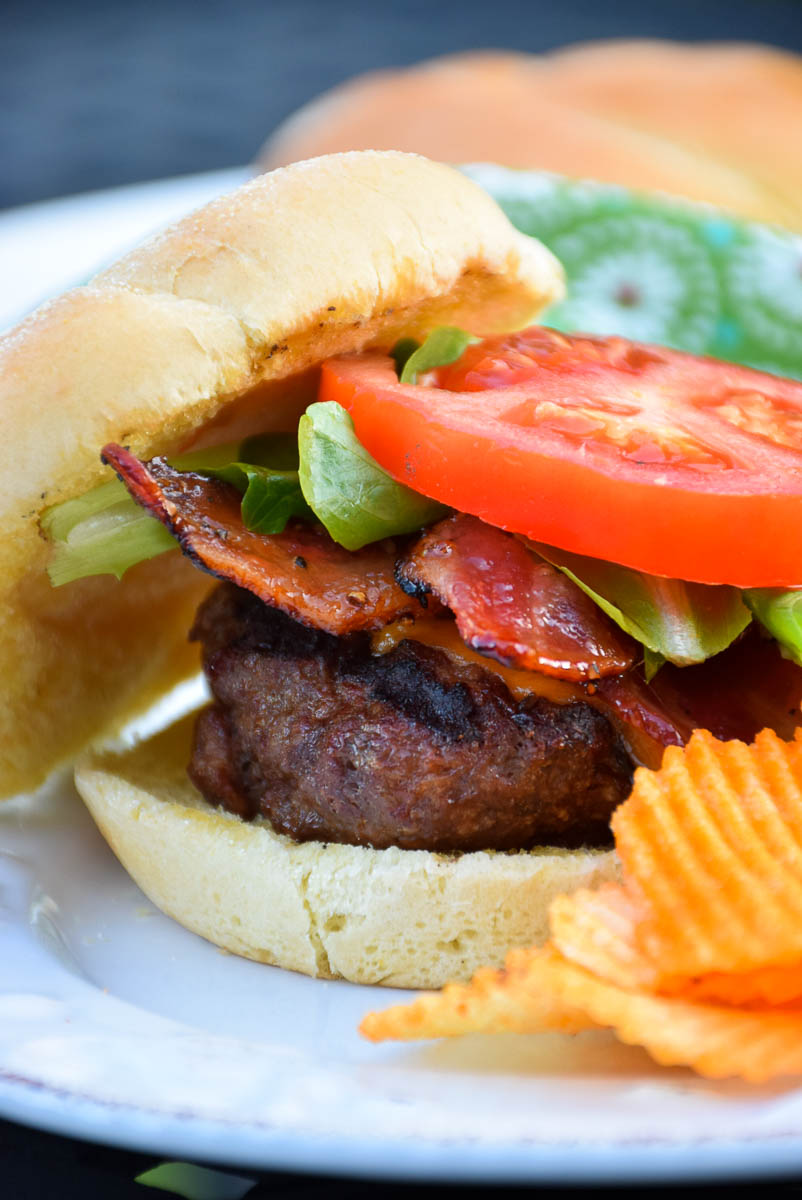 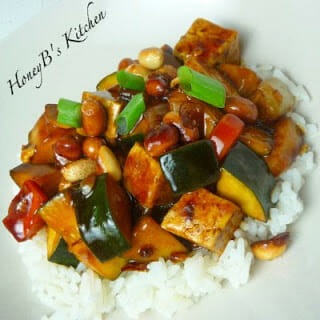 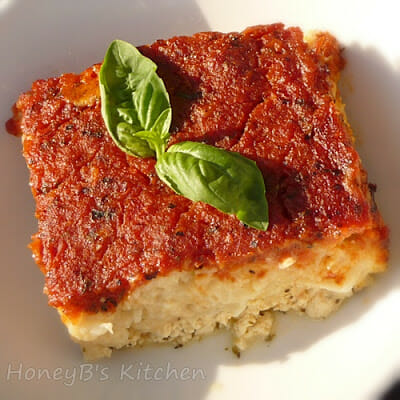