The part of the world we are cooking from this week is Jamaica. My family (other than myself) just is not happy when I don’t make something that is not meat and potatoes. Well, Grumpy isn’t happy….but this time, even Chris wasn’t all that happy. (Jenny, I think my guys are Picky Palate II)! It probably didn’t help that the evening I made this I wasn’t feeling my best also. I came home from work with high hopes. You see, Grumpy loves the Shrimp in coconut cream sauce at one of the Chinese places in this area. So, when I saw the recipe on Jamaican Recipes I thought I had maybe found something nobody would complain about because it had Shrimp and potatoes in the recipe….(I am rolling my eyes here because I was wrong). When Grumpy saw the shrimp in the colander his words were “must be we aren’t having anything with substance tonight.” Sigh. Its so hard being someone who would rather eat light mainly vegetarian meals and try to please someone who is totally meat and potatoes. 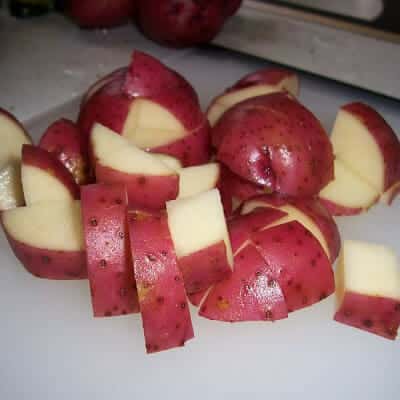 Everyone ate dinner – basically because I think they felt bad. I really wasn’t feeling well and here I was trying to fix dinner that nobody was crazy about after they saw it. LOL. Poor, poor, pitiful me. Grumpy did say it wasn’t too bad, but he got a piece of pepper that really threw some heat into the dish for him. he he serves him right for not making nice comments about what I was making! After I felt a little better I was able to eat my dinner. I personally liked it and if I could be guaranteed others would eat it – then I would make it again. I added salt and sugar to taste to the recipe because when I tasted it, it seemed way too bland (yeah, even with that curry in there!) – unless you got a bite of the pepper itself! Otherwise I followed the recipe which I am listing below. 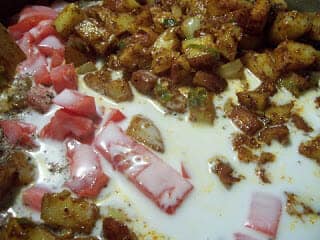 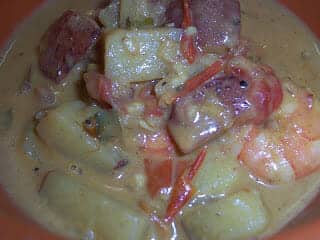 Warm oil on medium heat.
Add potatoes and saute over low heat until just barely tender, stirring constantly.
Then add onions, and scallion and let that saute until onions are transparent.
Add garlic, paprika, parsley and curry powder.
Continue to cook over *low* heat for 3 mins, stirring constantly.
Add the coconut cream, thyme and tomatoes, and cook for 3 mins on medium heat – stir often, to prevent coconut milk from drying out.(I actually added more coconut milk than it called for so we would have more sauce – because I love sauce like this…)
Finally, add the shrimp and cook for another 5 mins (until shrimp is tenderly cooked).

Now, there was some lovin’ going on in the house that night. Since I lost my baby Peabody we did get a new family member. His official name is Rudy Rut-ton. I have to say that since Rudy came home and after he was here a couple of days Chubby finally shut up. He missed Peabody so much that he was constantly following us around the house from room to room meowing to NO END. Chubby and Rudy now are best buds as you can see from the photos below! 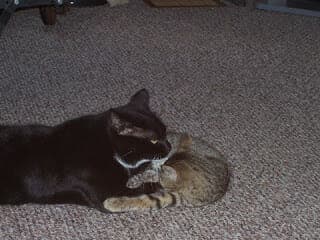 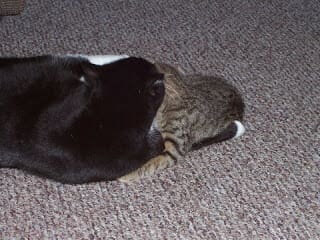 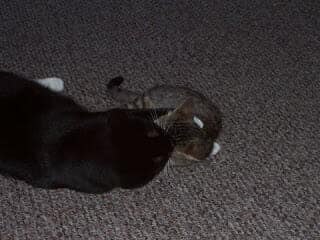 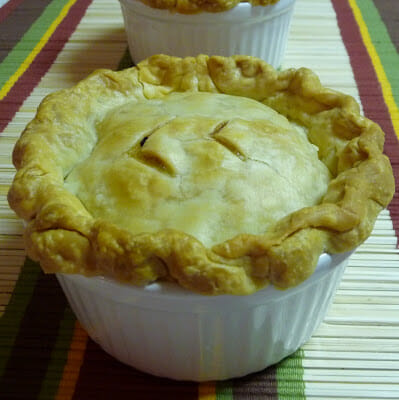 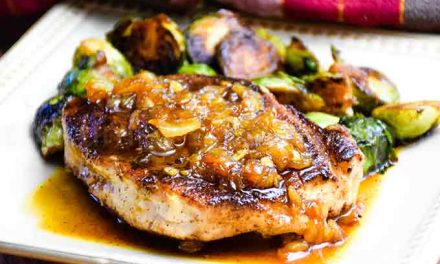 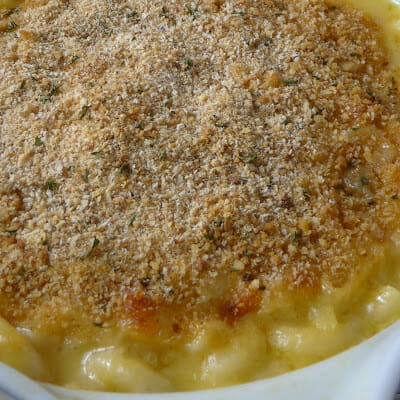