Scalloped Potatoes with Onion and Ham 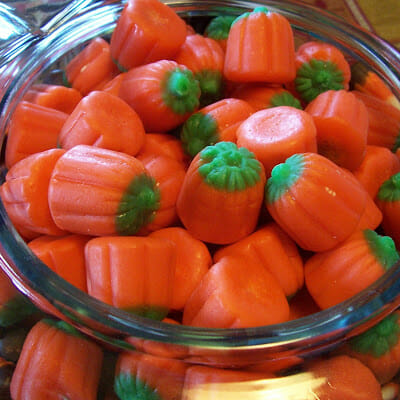 No, this isn’t a post about candy pumpkins. BUT I have a glass pumpkin jar FULL of them and I have probably eaten about 20 today. Well, maybe I’m exagerating, but then again, maybe I’m not! I didn’t count. The jar isn’t too empty though….those things, even though they are super sugary, are so addicting. Bad me. I need to keep out for the rest of the day! Umm, my co-worker Sue probably is reading this and laughing because she knows I can’t keep my hands out of the candy corn at work too! :-p

This post is about potatoes. You know, as I type this I am thinking I really should just come out and call myself a potato ho just like many of the rest of you! Maybe now that ABET is almost over (huge sigh of relief will not happen though until they tell us we pass!) I can finally join in with the rest of the gang. I mean, I cook potatoes anyway!

Pam over at For the Love of Cooking has a scalloped potato recipe on her blog that looks so awesome that it made me want to make it! She was my inspiration, however, when Grumpy heard I was “detering” from my normal path of scalloped potato recipe he told me he liked the way I made ours – so I basically stuck to my recipe, but I did cheat a little and added some shredded cheddar cheese! he he. Hopefully he won’t gripe about it and will love it. Chris came downstairs saying how great it smelled in the house and I admit, it smelled pretty good! 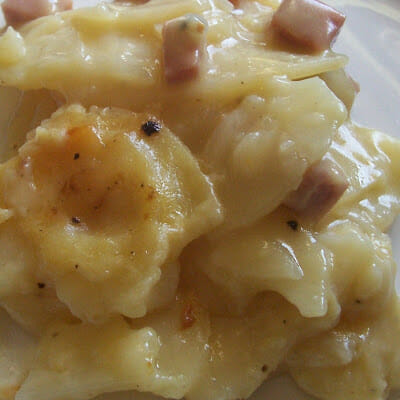 My Father-in-law (whom I call many different things, but today it’s been Daddy-o), grumpy’s uncle Jody and cousin Mike came to help do the things around the house that need to be finished before winter flies. They are finishing the forms in the basement and building a lean to off the garage so the boat has protection. This is the kind of occasion that I love because it means I can cook for people who will need to eat!

Below is my recipe for the scalloped potatoes, let me know if you try them and like the recipe. I adapted it somewhat from a few different recipes I have seen around. Don’t go ewww at the mayonnaise. I did the first time I saw it and wouldn’t give it a chance however, the 2nd time I tried I let myself use both the broth and mayo (I grew up with a sauce made with flour, butter, and milk) and it gave the sauce for the potatoes so much flavor. This is the way Grumpy likes his scalloped potatoes best. Oh, and I have to put in diced ham. To him they aren’t scalloped potatoes without the ham in them.

Scalloped Potatoes with Onion and Ham 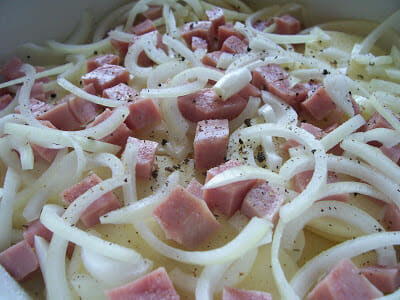 I found this wasn’t enough sauce, so I mixed another 2 cups of chicken broth with 1/4 more flour, then whisked this into the sauce and cooked until thick and bubbly.

Because I was wanting to have some “au gratin” potatoes also, I decided they would never know if I shredded some white cheddar cheese in (by looking at it anyway!) so I shredded about 1/2 cup cheddar cheese into the sauce and then and placed another 1/2 cup shredded cheddar on top. 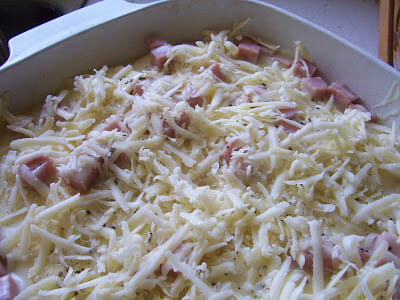 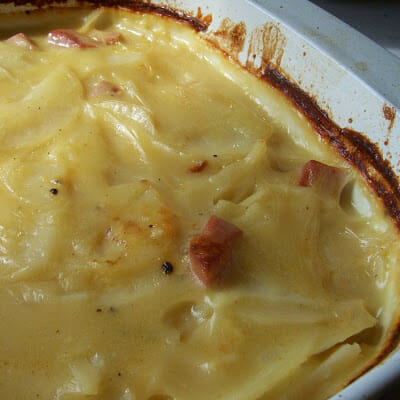 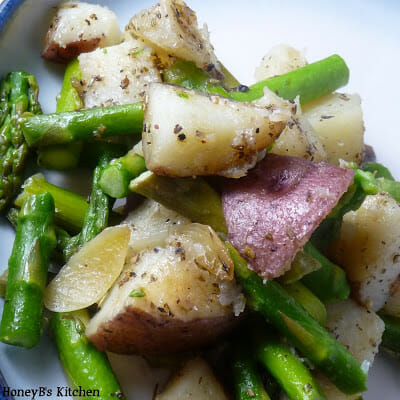 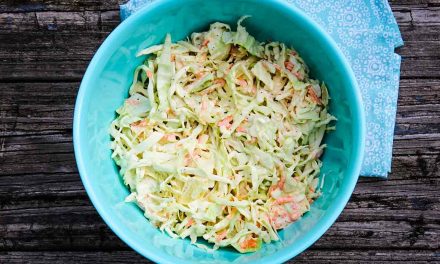 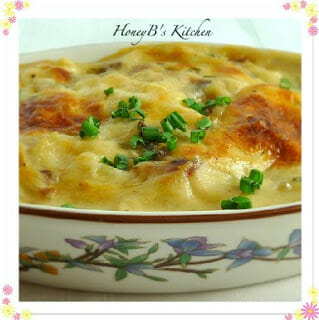