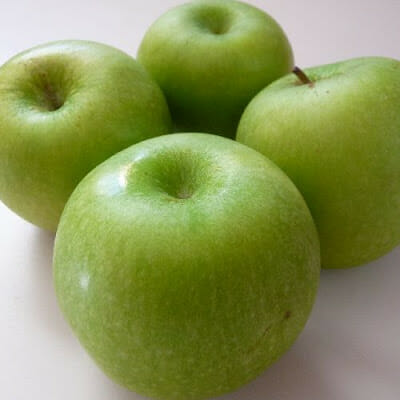 Apples, cinnamon, sugar, butter, pastry dough. Yum. But what makes it even better? Butter rum sauce! Whenever I visit my brother I love to have him make me his Apple Dumplings with Butter Rum Sauce. The first time he made them for me (quite a few years ago now!) I knew I had eaten something that I would love forever! 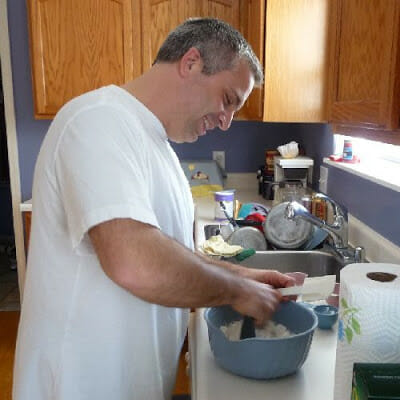 Steve graciously placated me and allowed me to take photos of him making his dumplings. I have to admit we had some good laughs over it. :0)

Steve always makes his pastry dough from scratch. Me, I have been known to cheat before but if I were to make my own pastry for this (and I probably would if I wasn’t feeling lazy) I would use this recipe from my Apple Pie post and the same recipe Steve uses. 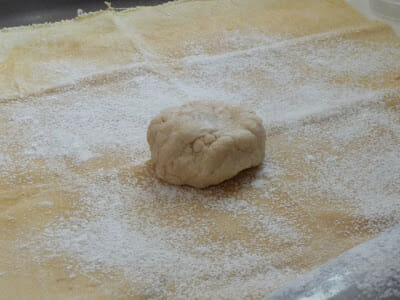 Steve uses a pastry cloth to roll his dough out on, but you could also use parchment paper or a pastry sheet. 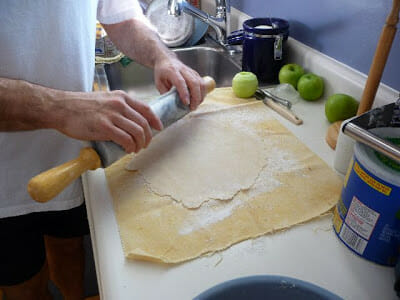 Roll the crust thin and then center your cored and peeled apple on the round. Steve always uses either Granny Smith or Cortland apples because they are a firmer apple. 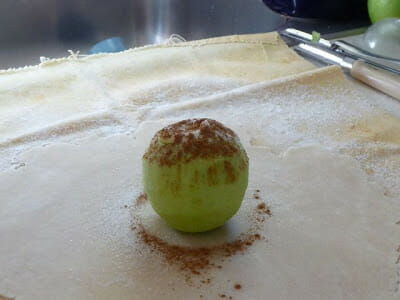 Spoon about a tablespoon of butter and 1/2 tablespoon of sugar into the hole in your apple. Then sprinkle with cinnamon. I’m guesstimating on the amounts because Steve doesn’t measure. He just puts the ingredients there. 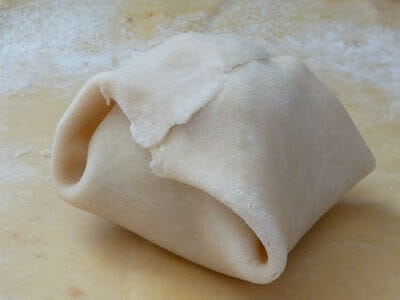 Fold the dough around the apple and seal.

Bake the dumplings at 350 degrees for 1 hour.

Now for the part that makes the dumplings to die for! The rum sauce! This is the same recipe I have seen for the rum glaze that goes on the rum cakes – but it is awesome on the dumplings….trust me! 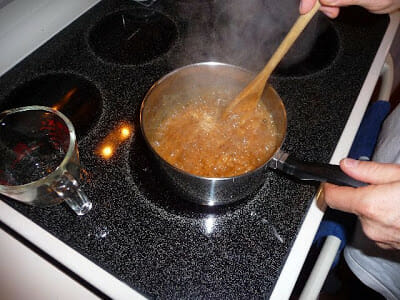 You melt 1 stick of butter in a saucepan. Add 1/4 cup water and 1 cup sugar. Bring to a boil and cook for 5 minutes. Remove from heat and slowly (and carefully) add 1/2 cup of Meyer’s spiced rum. 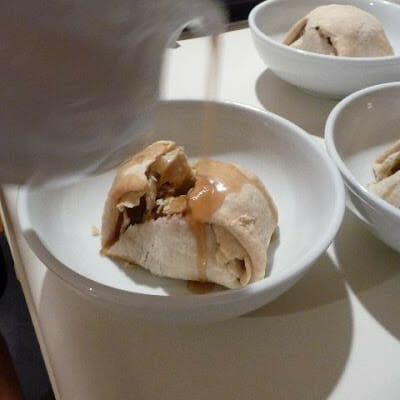 Pour over your dumpling as pictured above OR put a hole in your dumpling like I do below and fill it up with all that rummy goodness and enjoy! Feel free to serve with vanilla ice cream. Steve did. :0) 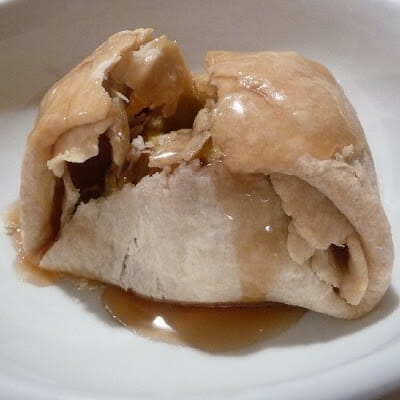 I want to thank my wonderful, handsome brother for being so good to me and letting me do this with him. Most of all, for making this for me so I could eat some! Who knows, I may be too stubborn to do this myself at home and it could be another year before I get it again! 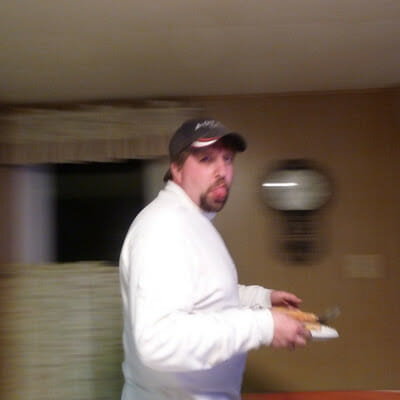 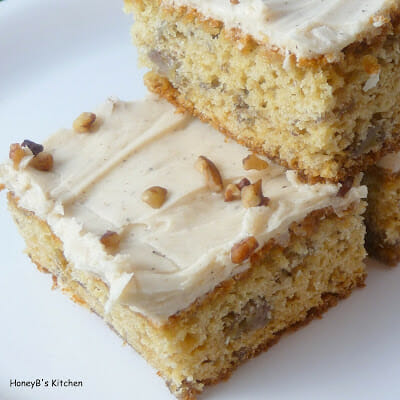 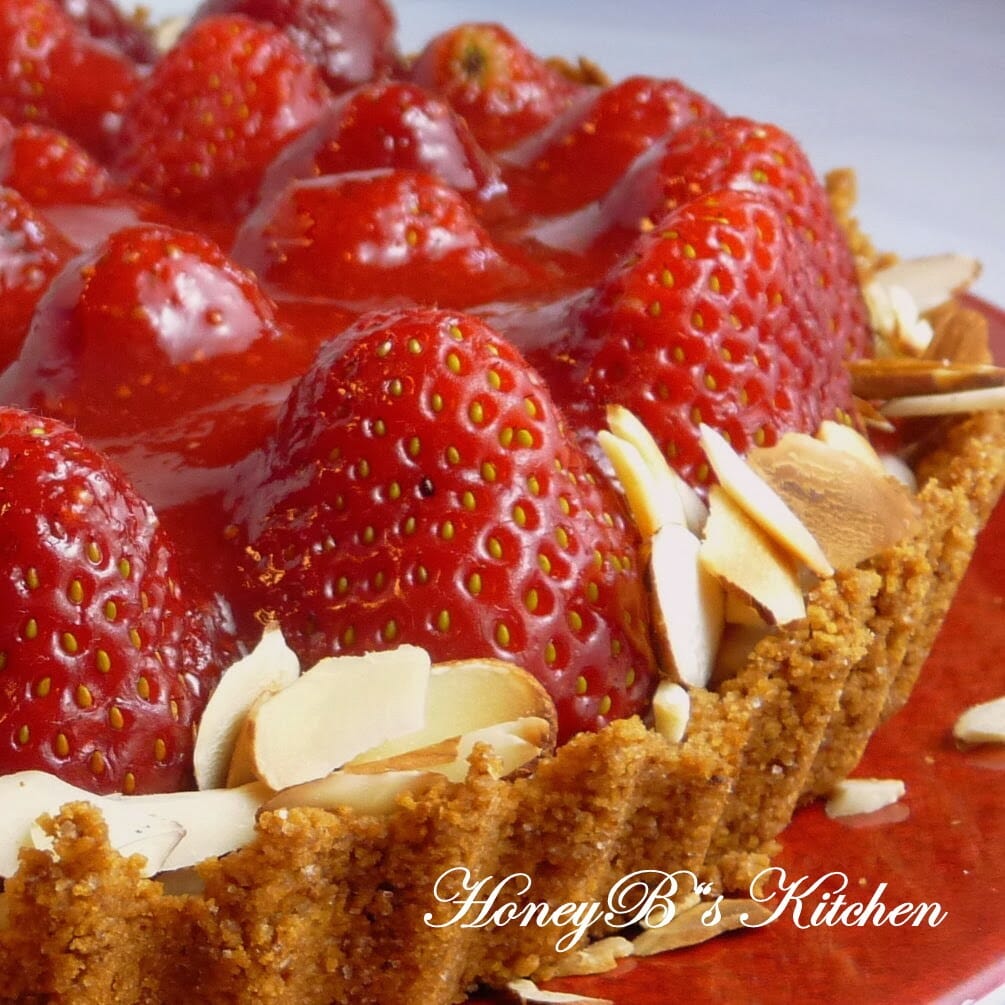 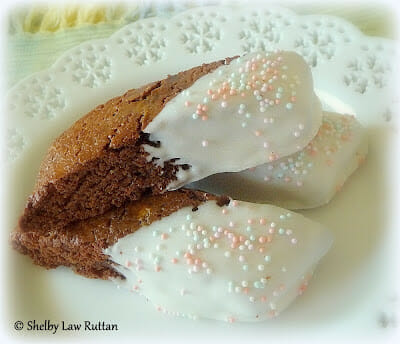