When I think of blueberries, I think of Justin.  My oldest son loved blueberries when he was a little one.  He takes after his mom in that field!  I could have sat and eaten the whole container of bluegerries, but since I wanted to make a treat with them, I refrained 🙂  These Low Carb Blueberry Cheesecake Bars were worth the restraint!

I found this particular recipe on Diabetic Living.  I’ve been perusing their website a lot lately because I really wanted to stick to a lower carb diet and they have some great recipes.   I subscribe to their magazine on my Nook and I absolutely love being able to carry all my favorite magazines and books around on that handly little device.  I think it was about the best thing ever invented.  :). 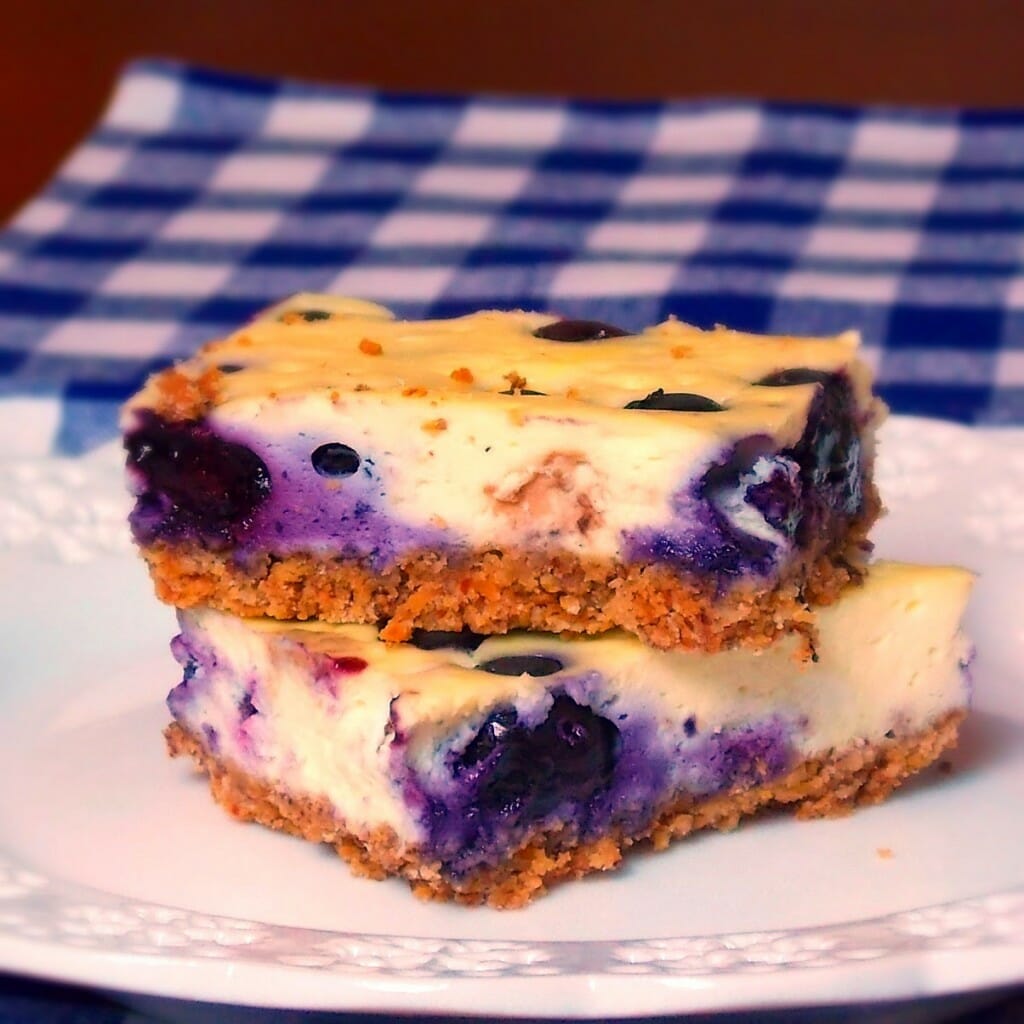 I know sometimes it seems like I bake a lot, but believe me, when I do bake, I don’t normally keep the entire batch of goodies here at home for us.  In reality, I don’t bake anywhere near as much as I used to.  I seemed to have lost some energy or else I just have a much more demanding day job!  I tend to probably think its a mix of the two.  Sometimes when I bake, I do stupid things, like put what I want to take to work in the fridge in our garage.  Then forget for a week straight to grab it before I go into the office.  I did that with my Blackberry Cupcakes.  It was sad having to toss those beauties out.  However, while these bars made it in our garage fridge, they did not get thrown out.  They did take us a week to get through and Grumpy probably did most of the eating.  The garage fridge is definitely a good method of making ME forget there is yummy food lying around! 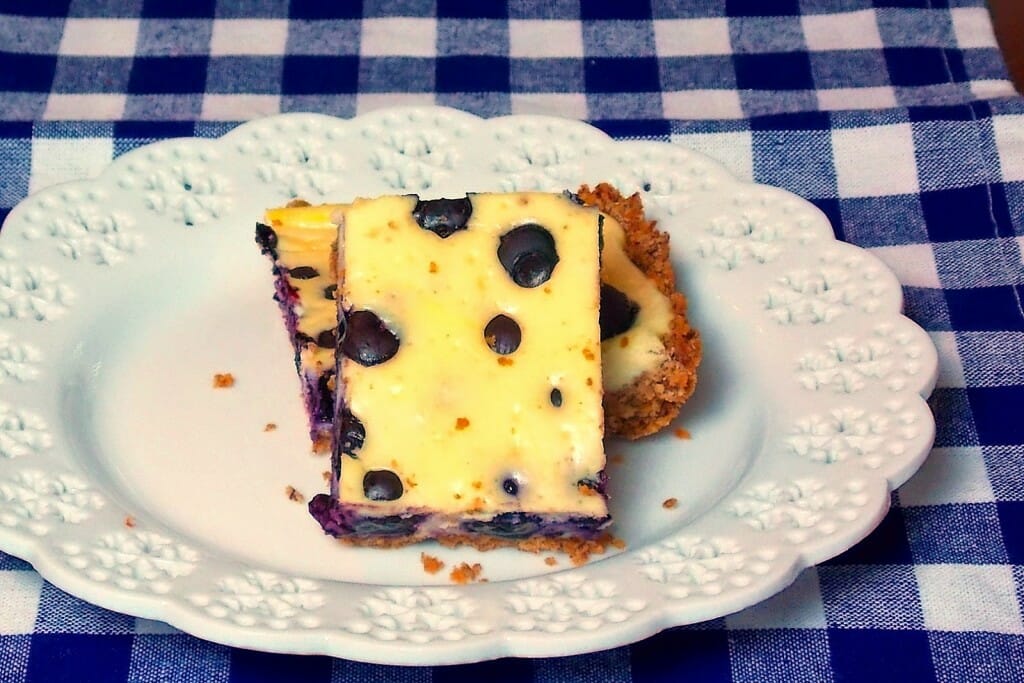 I was entirely impressed that a good portion of the crust of this recipe had nut meal in it.  I never would have thought of using nut meal in the crust as a substitue for some of the graham carkers.  I loved it.  I also went with the SPLENDA® rather than sugar so I could lower the carb count more.
Blueberry Cheesecake Bars
Author: Grumpy’s Honeybunch
Prep time: 20 mins
Cook time: 25 mins
Total time: 45 mins
Serves: 32 bars
Ingredients
Instructions
3.5.3208 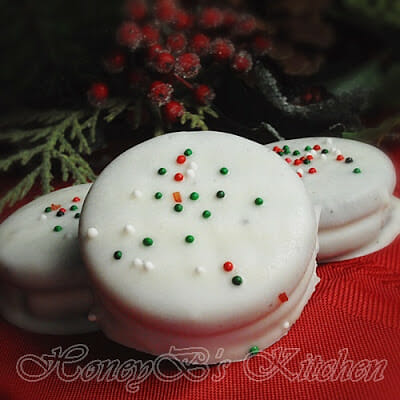 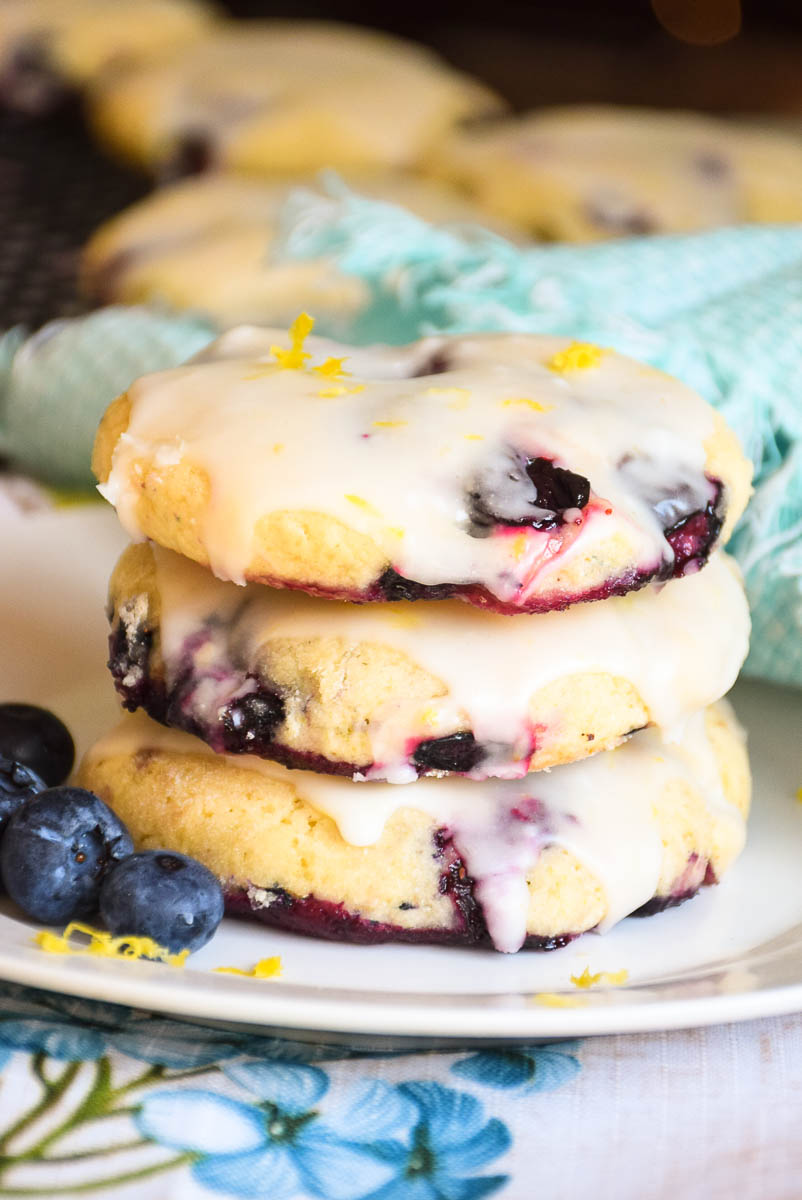 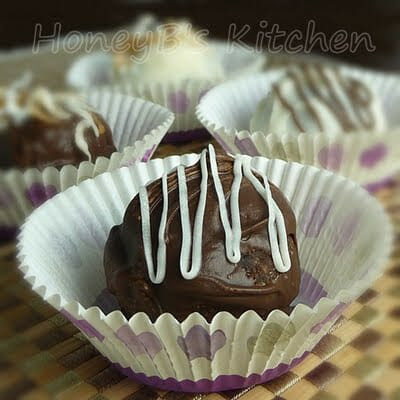