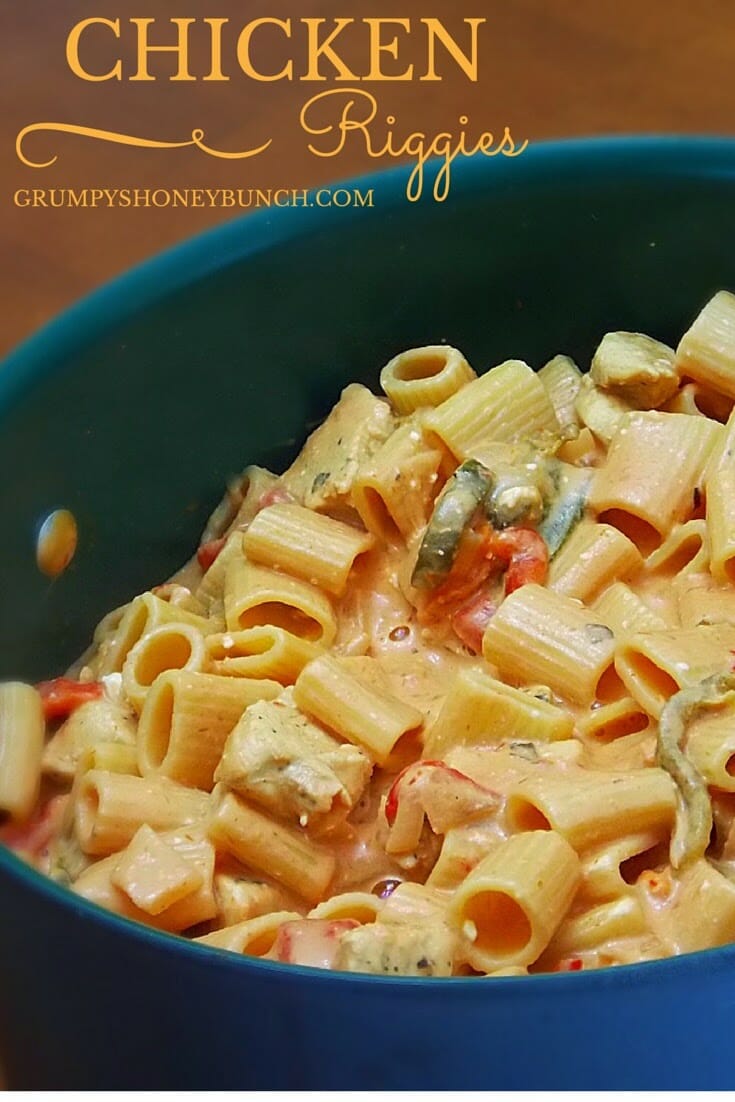 Creamy Chicken Riggies a Utica, New York specialty, made with spicy peppers, heavy cream, and cream cheese. Made with dry sherry, it is reminiscent of a vodka cream sauce. An indulgent and very comforting pasta recipe! This recipe I am sharing with you today is an adaptation of Rachael Ray’s recipe.

The first bite you take of a rigatoni noodle coated in the spicy cream sauce will be like heavenly comfort food in your mouth. Then, you will go back for another, and yet another bite! This creamy, toothsome, spicy chicken pasta dish is a recipe you will want to make over and over again!

Would you believe that I have lived in New York State pretty much all my life and never, until I moved to Albany, did I know that a delicious recipe such as this one existed?  Man, I was missing some great comfort food all my life, but not any longer!

When we first moved to Albany, we went to a neighbor’s house for a birthday party.  They had chicken riggies that they brought to home from Utica just for that party.  I remember asking myself what on earth was so fabulous that someone had to drive almost 2 hours just to get some?

Then, I tried the riggies and realized that one day I would have to figure out how it was made.  This is a recipe that is definitely made for comfort. With heavy cream in the sauce and combining with the carb laden pasta, it is definite comfort food at its finest.

This recipe turned out to be a take on Rachael Ray’s recipe. I like how she roasted the peppers. And, I felt that roasted peppers would be tolerated by Grumpy’s sensitive tummy far better than not roasting them!

I decided to marinate the chicken pieces in a sherry, oregano and garlic sauce before cooking it.  I wanted to infuse some flavor into the chicken first. I really liked the idea of the roasted peppers as I saw in Rachael Ray’s recipe. So, I decided that I would marinate the chicken and then instead of cooking the peppers on the stove, I would roast them as Rachel Ray suggested.

If you haven’t had Chicken Riggies before then it is a definite must try.  You will not regret it.  Yes, it’s a lot of calories, but make it a special occasion dish.  Everyone will love you for it!

Creamy Chicken Riggies a Utica, NY specialty, paired with spicy peppers, heavy cream, and cream cheese. Made with dry sherry, it is reminiscent of a vodka cream sauce. An indulgent and comforting pasta recipe!

Nutrition information calculated using myfitnesspal is provided as a courtesy, but will vary depending on the specific brands of ingredients you use. Please consult with your doctor regarding specific health needs. 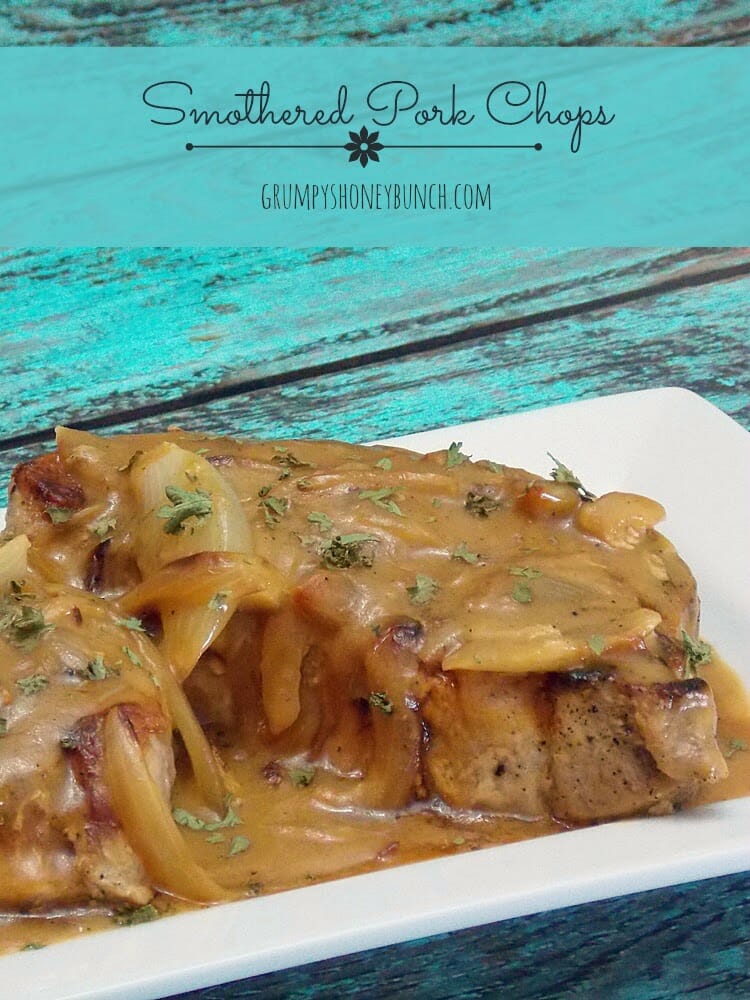 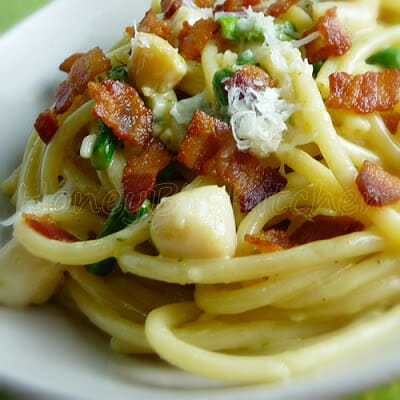 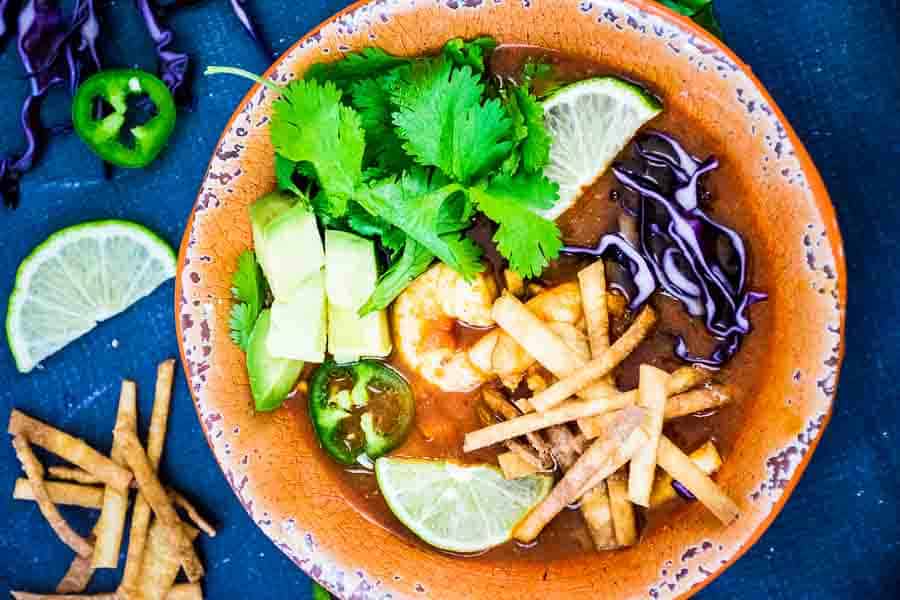 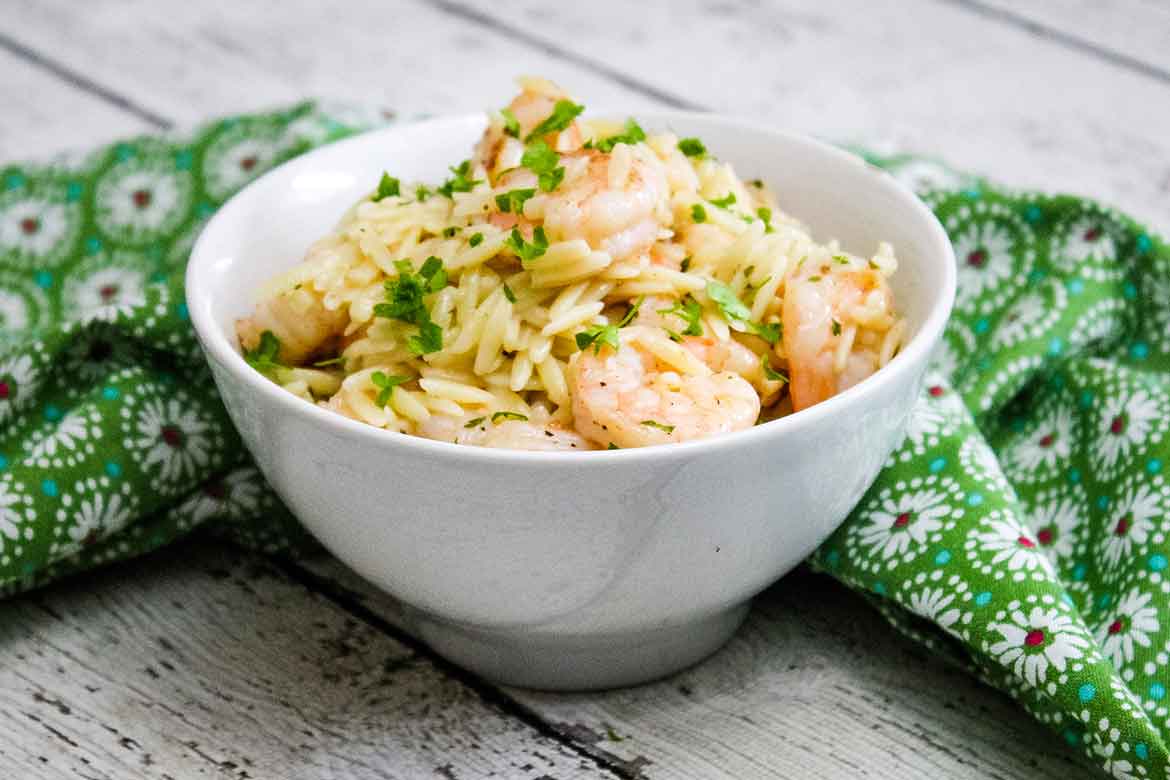